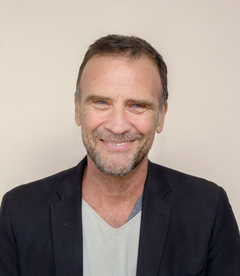 Robert Cantarella was born in Marseille in 1957 where he studied fine arts before taking acting classes with Antoine Vitez at the Chaillot National Theatre in Paris.

He starts his own theatre company in 1983 with the will to promote contemporary writers. He has a long-time collaboration with Philippe Minyana, putting on stage many of his plays.

In 1997, Robert Cantarella writes a manifesto "For a training to stage direction".

He has been teaching in many theatre and film schools, including in Berlin, Cannes, Avignon, Rabat, Paris, Los Angeles, since 1993.

He became the academic head of the Master in Theatre at The Manufacture in 2014.