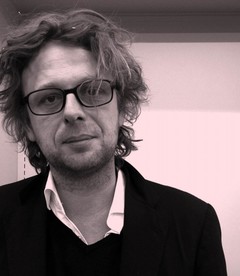 Trained at INSAS (Institut national supérieur des arts du spectacle), in Brussels, Fabrice Gorgerat founded the Cie Jours tranquilles in 1994. In his shows, which are as many sensory immersions, the Lausanne director often entrusts his figures with the task of waking up his ghosts. Because Fabrice Gorgerat works on the unconscious, this buried part which tells the human being in what escapes, resists, slips and surprises. Whether he is looking at the consequences of a nuclear catastrophe (Médée-Fukushima), the provincial spleen (Emma), the ritual of getting up (Au matin) or terrorist massacres (Nous/1), he likes to see beyond the mirror, in this grey zone where the unsaid are agitated, between impulses and torments.

He does not necessarily favor speed, his scenes can develop at a very slow pace, as if stopped time allowed him to go to the heart of sensations. But the director dares to go too far, to say the full extent of the outrage experienced by his characters. His theater is a dance for the benefit of the sense where the human being is tracked in its most secret corners.

At La Manufacture, the director is involved in the Master in Theatre program as well as in continuing education.