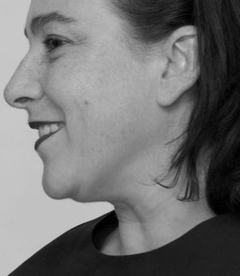 Anna van Brée (1964) studied fashion design at the Academy of Fine Arts in Antwerp before devoting herself to directing at the INSAS in Brussels. After a few years as an assistant in France and Belgium, she turned to costume design. She then worked in Belgium, France, Switzerland and Holland.

She returned to directing in 2002 by founding the Cie La Belgo-Suisse, a company conceived as a platform for reflection and experimentation on theater, games and the possibilities of practicing a political theater today.