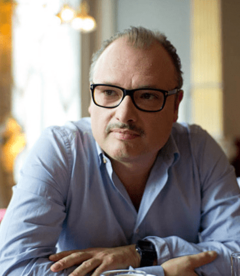 Frédéric Fonteyne was born in 1968 in Brussels. Fascinated by literature, drawing and painting, he began his studies of realization at the IAD in Belgium.

His latest film Filles de joie, co-directed with Anne Paulicevich, was released in theaters in early 2020.