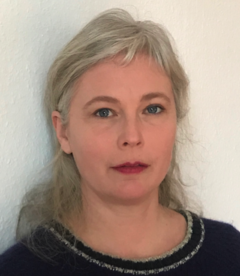 After training as an actress, which she practiced for 15 years in French-speaking Switzerland, Emmanuelle Vouillamoz trained in cultural administration at the University of Lausanne. She worked with independent theater companies as an administrator as well as for La Bavette in Monthey, before being appointed to the Petit Théâtre de Lausanne in 2011, as an administrator, where she currently manages the activities of the Foundation and the management of creation projects.

Since 2007, she has been a lecturer at Artos for the introduction to cultural management, taught throughout the French-speaking part of Switzerland. She also teaches occasionally for the DAS in Cultural Management, as well as for the FRAS. At La Manufacture, she is a lecturer in the CAS in Theatrical Animation and Mediation programme.