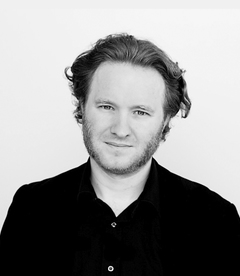 It is through theatrical improvisation that Alain began his career as an actor. As a member, actor, referee and trainer for the Association Vaudoise des Ligues d'Improvisation, he created in 2014 the show Hors Mur; an itinerant improvised show which he designed and directed.

At the same time, Alain is pursuing a university degree in literature (history, philosophy and art history) in Lausanne. In 2012, he obtained his bachelor's degree. He pursues these different professional experiences by becoming a teacher of French, Mathematics, History and Citizenship from 2013 to 2015. Since 2013, he is a member of the Compagnie Slalom which is located at the limit between text theater and improvisation, he played in The Improvised Molière and in "I just wanted to avenge my father and then things got complicated". In 2017, as his activities as a comedian and improviser developed, he decided to devote himself fully to them.

At present, he is part of many professional improvisation shows in French-speaking Switzerland, plays in Murders & Mysteries and regularly intervenes in several public and private institutions for theatrical mediation projects.

Since 2020, he also participates in several creations: improvised tales mixing words, music and drawing, testimonial theater around the reception as well as a dramatic writing project around the Red Brigades.

Since 2021, Alain Ghiringhelli is a lecturer in the CAS in Theatrical Animation and Mediation delivered at La Manufacture.