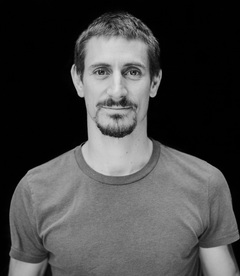 Born in Athens in 1981, Ioannis Mandafounis studied dance at the National school of Athens and at the conservatoire de Paris. Before becoming a freelance choreographer, he was part of the Gothenburg Opera Ballet, the Nederlands Dans Theater II and he became a member of the Forsythe Company from 2005 to 2009. Parallely, he formed the “Lemurius company” and created several pieces such Provalondas tin Skia (2005), Anthropines Diastasis (2007), Crosstalk (2009) and Yperparagogi (2011). In 2007 he created a new version of “L’Après-midi d’un Faune” for the Greek national Opera.