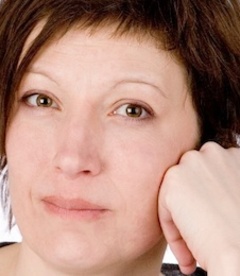 Born in 1966, she is a scriptwriter, director and playwright. Very young, she tends to theater and attends classes at the Popular Academy of Geneva as well as those of the Drama Studio in London. At the age of 18, she decides for the cinema and enters at INSAS (Upper National Institute of Performing arts), in Brussels. In 1991, she realizes Eperdument oui, a short film that was presented and rewarded in numerous festivals. She works then as a production assistant and as a realization assistant, before returning towards live arts and personal creations. In 2003, she writes and realizes Demain j’arrête!, a comedy on dependencies, rewarded in the Festival of Locarno and nominated for the price of the Swiss Cinema. She cowrites two comedies for television, Pas de Panique (2006) realized by Denis Rabaglia, and Sauvons les Apparences! (2008) realized by herself. She works at present on her first full-length feature film, FUN. Since 1997, she collaborates with Yan Duyvendak as a playwright, as well as with other artists of whom Alexandra Bachzetsis. Since 2007, she co-signed with Yan Duyvendak Side Effects, Made in Paradise, SOS (Save Our Souls) and 7 Minutes Of Terror.