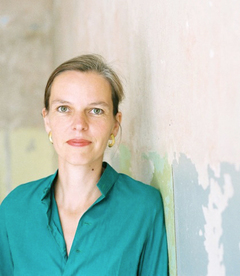 Elissa Bier grew up in Munich between the workbench of her goldsmith mother and the drawings of her architect father. She was admitted at the age of 19 to the Munich School of Fine Arts. Passionate about theater, she turned to stage design and continued her studies for 2 years at the Offenbach Hochschule für Gestaltung, a multidisciplinary school of visual arts, then in 1993 she joined the school of the National Theater of Strasbourg.

Assistant scenographer from 1997 to 1999 at the Deutsche Theater Hannover and Maxim Gorki Theater Berlin, she has since pursued her work as an independent artist with companies and theaters in Germany, France and Switzerland.

Recently, she directed the scenographies for "Hamlet" at the Pitoëff Theater and "Three minutes of additional time" at the Am Stram Gram Theater, directed by Eric Devanthéry, as well as for "In the Making" at the Pulloëff and "Little Witch" at Petit Théâtre, directed by François Marin.