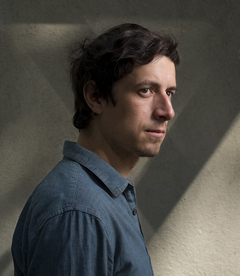 Born in 1989, Clément Schneider first attended a preparatory film class in Nantes. A brief stint at Louis-Lumière, before entering the Fémis, in the Direction department. He then took advantage of the encounters and opportunities that the school offered him to direct the feature film "Études pour un paysage amoureux" in 2012.

After graduating from the school, he co-founded Les Films d'Argile, in order to preserve his independence in his work as a filmmaker, while working as a projectionist. He also discovered a strong taste for producing and accompanying authors.

Today, he is also conducting a research-creation thesis at the PSL University (Paris, Sciences et Lettres) on a subject that has long crossed his work: the relationship between cinema and utopia.