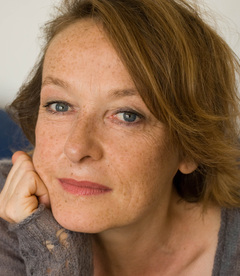 At the Festival d'Avignon, where she performed seven times, she participated in the collective direction of Partage de midi in 2008 with J.F. Sivadier, Valérie Dréville, Nicolas Bouchaud and Gaël Baron in La Carrière de Boulbon. She has also been in movies with Tilly, Solveig Anspach, Philippe Garrel, Pierre Trividic and Patrick Mario Bernard, Brice Cauvain, Philippe Lioret, Christian Vincent... and in several TV movies.

She works as a pedagogue at the ERAC, the EPSAD (Lillle), the TNT (Toulouse), La Manufacture in Lausanne and the Royal Conservatory of Liège.

In 2016, she co-creates Moeder, which is her first collaboration with the Peeping Tom Company.