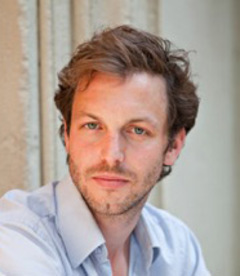 Julien Fišera is a French and English stage director born in 1978. Founder in 2004 of the Espace Commun Theatre Company, he is now based in Paris. Julien is particularly drawn to theatre as it is written today. His commitment to theatre lies in opening up to the world and initiating dialogue. Julien has studied directing in England (Royal Holloway University of London) and in Austin (University of Texas), and has completed a Master of Arts Degree at the Sorbonne University in Paris. As a stage director he has shown his work in France, Mexico, Brazil, Morocco and also in Russia, invited by the Tchekhov Art Theatre (MKHAT) to direct Molière’s Dom Juan in Russian with the actors of the ensemble.