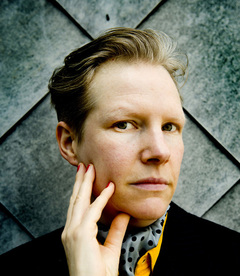 Antonia Baehr is a choreographer and a filmmaker. Her works explore the fiction of the everyday and of the theatre, among other themes. She works together with various partners, frequently in the form of switching roles: from project to project, each artist alternately takes on the role of either guest or host. Baehr studied film and media arts at the Hochschule der Künste, Berlin, with Valie Export (1996) and received her Master’s at the School of the Art Institute of Chicago with Lin Hixson. Since 2006, she has taught as guest professor at several European colleges. She has taken part in diverse group exhibitions (re.act.feminism, Center for Contemporary Arts Estonia Tallinn, Museo de Arte do Rio, MACBA Barcelona Museum of Contemporary Art, et al.); in 2012 the Neue Kunstverein Gießen showed her work in a solo exhibition. From 2006 to 2008 Antonia Baehr was associate artist at the Laboratoires d’Aubervilliers