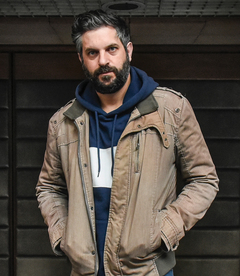 Recognized as a renovator of the current Uruguayan scene and the leading author of the new generation of playwrights, at 35, Gabriel Calderón has now to his credit about fifteen plays and more than twenty-five theater and dance performances.

His subversive texts attack all the taboos of Uruguayan society, the army, religion, sexuality, settling accounts with the past, the crimes of the dictatorship; while at the same time dealing with universal socio-political phenomena, violence, wars, terrorism, disarray, anguish of the future of young people.