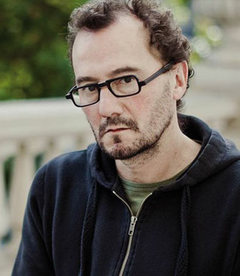 Rodrigo García (Buenos Aires, 1964) is a Spanish-Argentinean writer, director of contemporary theater, playwright and set designer. He has lived in Spain since 1986, where he began his theatrical career.

He founded the company La Carnicería Teatro in 1989 in Madrid. He has collaborated with the Centro Dramático Nacional (Spain), the Avignon Festival and the Venice Biennale. In 2009 he received the Europe Prize for New Reality Theater.