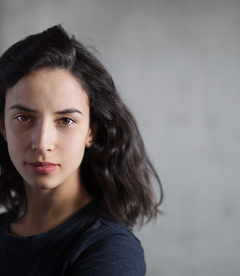 Graduated from the Professional Dance School of Mazatlan in 2011, Paola is the artistic director of her dance company SORTA. She has been developing Movement Research - a dance training proposal and with it participated in several art centers and festivals around México and Europe since 2013.

Her work as a dance maker and teacher has been thoroughly infuenced by Peter Jasko, Julian Hamilton, Edivaldo Ernesto, by the Aikido as Martial Art and by David Zambrano (Paola has been invited by David to teach Flying low classes at his new Tictac Art Centre in Brussels; as well as at La Manufacture - Haute École des Arts de la Scène in Lausanne).

She has earned some awards and artistic grants such as the Young Creators Program PECDA-FECAS 2018, Program for Studies Abroad FONCA-CONACYT 2012, and Individual Artistic Development FECAS 2010 and 2013. She currently resides in Brussels, Belgium.