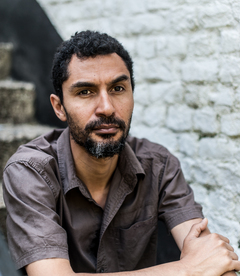 Salva Sanchis is a dancer, choreographer and dance teacher. After graduating from P.A.R.T.S. in 1998, he has produced over 20 choreographic works. Salva has currently put his choreographic activity indefinitely on hold, while he dedicates himself to teaching and studying.

His last production, the quintet Radical Light (2016), toured intensively during three consecutive seasons, and the recreation of Love Supreme (2005/2017), in collaboration with Anne Teresa de Keersmaeker, is currently still touring in Europe and overseas.

Heavily based on pure, non-representational movement, Salva’s work is characterized by a process-driven mixture of improvisation and set material, places preferential focus on vocabulary generation over compositional schemes, and establishes a privileged relation with music and musical structures.