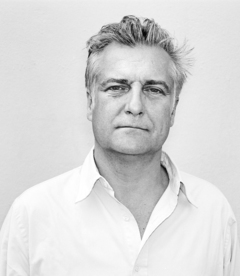 Olivier Cadiot publishes hist first book on poetry in 1988. Since 1993, he has published a series of novels centered around the same character, most of them were adapted for the stage by Ludovic Lagarde. He also works with the musician Rodolphe Burger on his third album Psychopharmaka. He translates and adapts Rainald Goetz, Gertrude Stein, Shakespeare, Ibsen and Tchekhov. In 2010, he is associated artist with Christoph Marthaler at the Avignon Festival. His last novel Providence is published by POL.