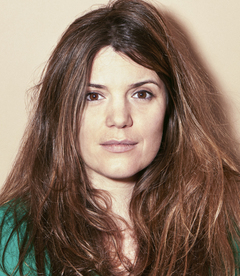 Born in the suburbs of Paris in 1984, Emilie Charriot began acting at the age of eight. Until 2009, she plays in Paris and teaches theater in conservatories. She then joined La Manufacture, from which she graduated with a Bachelor's degree in Theatre in 2012.

For its inauguration in 2013, the Michalski Foundation entrusted her with the direction of Slawomir Mrozek's La sérénade. In 2014, she adapted King Kong Théorie by Virginie Despentes. The show was an international success ❨Belgium, France, Switzerland, Germany❩ and was part of the first Swiss Selection in Avignon. Then, she directed Chekhov's Ivanov at the Arsenic.

Since 2017, she has collaborated with many national stages in France and the Théâtre Vidy-Lausanne where she directed Jean-Yves Ruf in Antoine Jaccoud's Le Zoophile, Annie Ernaux's Passion simple, Peter Handke's Outrage au public, and Vocation. In parallel, Emilie Charriot pursues her activity as an actress. In the cinema, she plays the female lead in Robin Harsch's first feature film.

This season, she is invited to Theater Basel to create Un sentiment de vie by Claudine Galea in German. The following year, she will direct the original French version at the Théâtre National de Strasbourg with the actress Valérie Dréville.